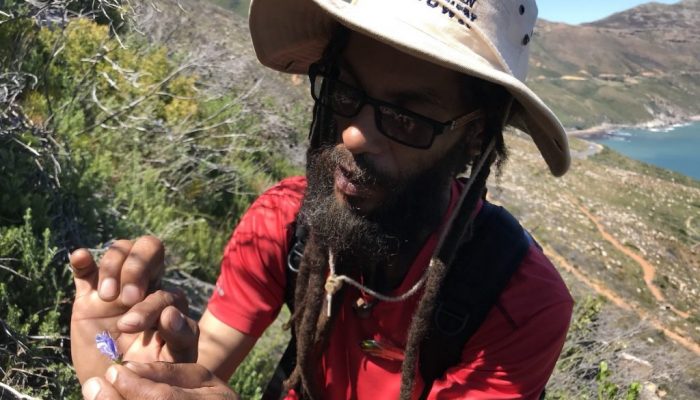 The best thing about Tintswalo Atlantic is our proximity to both ocean and mountain. We are sandwiched between two of the most biodiverse systems in the world; the nutrient-rich Atlantic Ocean, and the magnificent mountainside of the Cape Floral Kingdom.
Hiking is a popular activity that we offer on the paths above the lodge. Chapman’s Peak offers one of the most famous views in the world. A walk along this mountain provides even better views of the mountain, the harbour and the big blue ocean, than the famous drive along the road.
Walking on the mountain in summer, you can appreciate the many colours of the flowers, so bright and beautiful that you can barely decide where to look. In spring and early summer, the flowers appear in many magnificent colours; pinks; oranges; blues, and so on.
In winter, there are fewer flowers dotted on the mountain, but the landscape is flush with lush greens as the seasonal rain feeds the dry land. With thousands of species of plant and flower, this is certainly the richest and most unique floral kingdom in the world.

When it comes to mountain guides, there is certainly no better person to show you the fynbos than our in-house guide, Johann. Interestingly, Johann is a descendant of the local Khoi people of the Cape. These were essentially the first people native to South Africa, and their lineage stretches back to the earliest hunter gatherers on the continent. Their blood is more African than any other people.
As you walk up the mountain, it’s amazing to hear the knowledge and stories that he has absorbed from his family over generations. Johann also has a unique scientific understanding of the Cape plants and flowers. Point out a plant, and he knows its name and scientific class.
Johann may know the classifications of various species; but he will also tell you things that many naturalists will not know. He tells how certain plants have been used for generations in the Cape. Some plants were made into mats for sleeping; some plants aid digestion; and other plants help with fever.
This is ancient knowledge, and it’s wonderful to hear it from someone who is so proud of their heritage in the Cape. 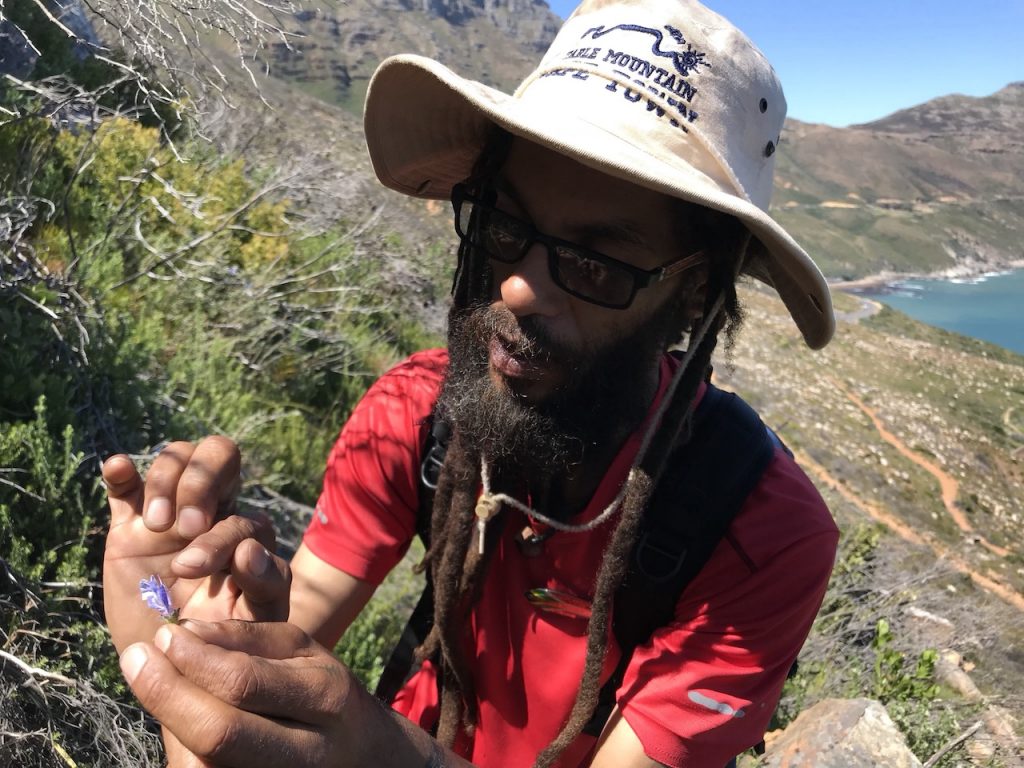 Johann is also remarkably knowledgeable about the history of the Cape. Just above the road on Chapman’s Peak is an old fort constructed by the British on their first occupation of the Cape in 1795.
The fort is a reminder of a monumental change that took place in the course of the country—and not necessarily for the benefit of his ancestors, who had both Khoi and slave origins. And yet Johann holds no grudge about the way South Africa has turned out. He sees the country as a place of enormous opportunity. Both for him as a guide with something unique to offer, and for his family.
Johann’s passion for plants shines through on his walks, as he bounds ahead and pics up flowers, intricately opening their petals and showing how they are pollinated by specific insects, and swooning over the sheer number of species in reaching distance.
The sea is your constant backdrop of blue as you walk down the mountain and back towards the lodge. In the distance, Tintswalo Atlantic is perched on the shimmering coast, an utterly unique position, to be cradled between the ocean and the mountain, and what a privilege to sit on the doorstep of this magical Fynbos Kingdom.