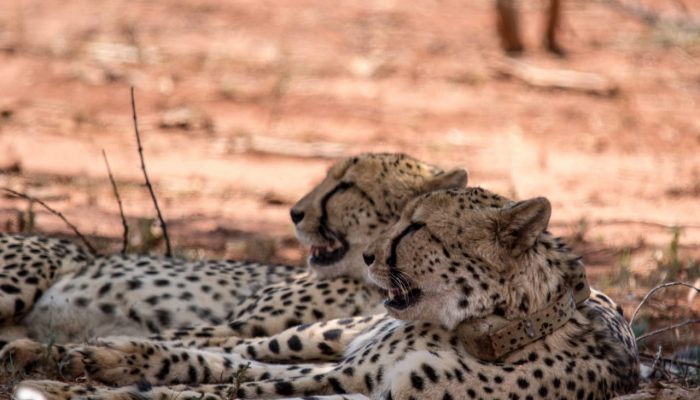 The first cheetahs to roam the Lapalala wilderness in over 50 years were introduced to the reserve this month, and it’s been fantastic to see them settling into the landscape with ease.

The most recent pair (two males) were introduced on the reserve last week – close to Tintswalo – and to our surprise, they killed a kudu the very next day. Kudu are large and strong antelope, so this is an impressive feat for two cheetah in their first week on the reserve. The two cheetah have remained around Tintswalo Lapalala, drinking at the waterhole on many occasions, and providing perfect photo opportunities for guests. The other two cheetah, released earlier this month, have remained in the northeastern part of the Game Reserve. These two animals have also been settling in and making lots of kills. Remarkably, we also had a rare wild dog sighting when one of the only packs in the area showed up near the lodge.

This is an exciting time for Lapalala. Earlier this year we introduced lions into the reserve, which means that the full Big Five is now roaming the 50 000 hectare wilderness. This will come as a bit of a shock to the general game in the reserve, having become fairly used to few predators. But Lapalala is a 20-year-long conservation project. And introducing predators is one of the final steps in the process of restoring the land to the magical ecosystem it once was.